Bodegas Vía de la Plata is one of the best-known traditional wineries in the town of Almendralejo.

Almendralejo, capital of the Tierra de Barros, became known in the wine world as one of the international wine towns, a designation it received in 1983, as one might expect, for the well rooted wine and vine culture in the area and, by extension, amongst the people.

The town of Almendralejo has about 35,000 inhabitants, making it the fourth largest town in the province of Badajoz in terms of population. Situated 25 km from Mérida and 50 km from Badajoz and Portugal, it has always been known as an important crossroads on the roads crossing Spain from North to South and between

Portugal and the rest of the country, due to its key position on the Vía de la Plata, once a Roman road and now a route of pilgrimage to Santiago de Compostela.

It is also known as the City of Romanticism, as the birthplace of two of the most important poets of that period, José de Espronceda and Carolina Coronado, after whom the town’s theatre is named. The annual Festival of Romanticism of Almen-dralejo is dedicated to both poets with important cultural events such as parades, mediaeval markets and open-air theatre.

The first bottle of sparkling wine produced in Almendralejo was made by Aniceto Mesías and Pablo Juárez and was disgorged back in 1983.

In 1985, the Extremadura town of Almendralejo was officially authorized to produce cava, under the Cava Denomination of Origin.

Our winery uses traditional artisanal methods to make and age over 2 millions bottles of cava a year.

In our work, our sole objective is for all these bottles to share the same common feature of quality. This commitment has been endorsed by important national and international prizes recognizing the work we do.

Working with effort and affection is a guarantee of reward. 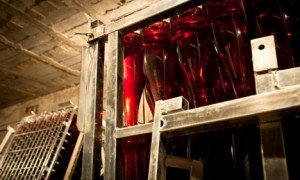 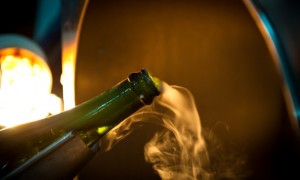 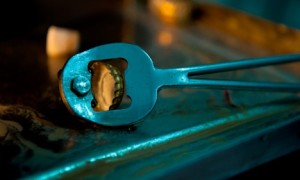 Please note that use own and third party cookies to offer a better service , according to your browsing habits.
If you go on surfing, we will consider you accepting its use Cookies Policy Close Advert